What to see in this beautiful city in 4 days based on my experience the first time I visited Istanbul.

I traveled with a friend, one of those low cost trips. Istanbul was the first destination of a 1 month trip.

It is located in the Taksim neighborhood, known as the modern sector of the city. It’s not a tower that attracts attention for its height (it is only 58 meters), but for its age (the first construction dates from 528 and was made of wood).

The ticket price is 25 Liras. 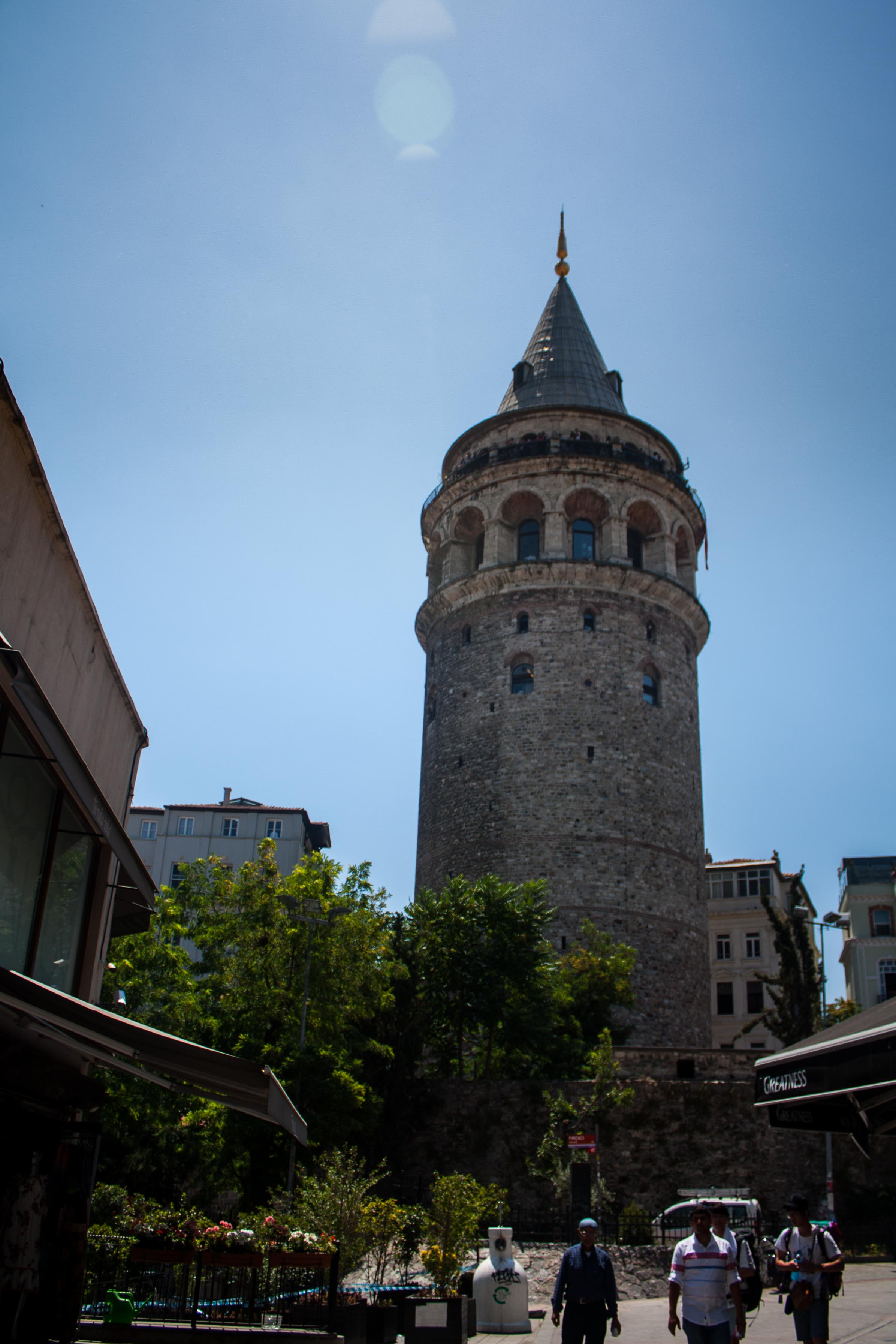 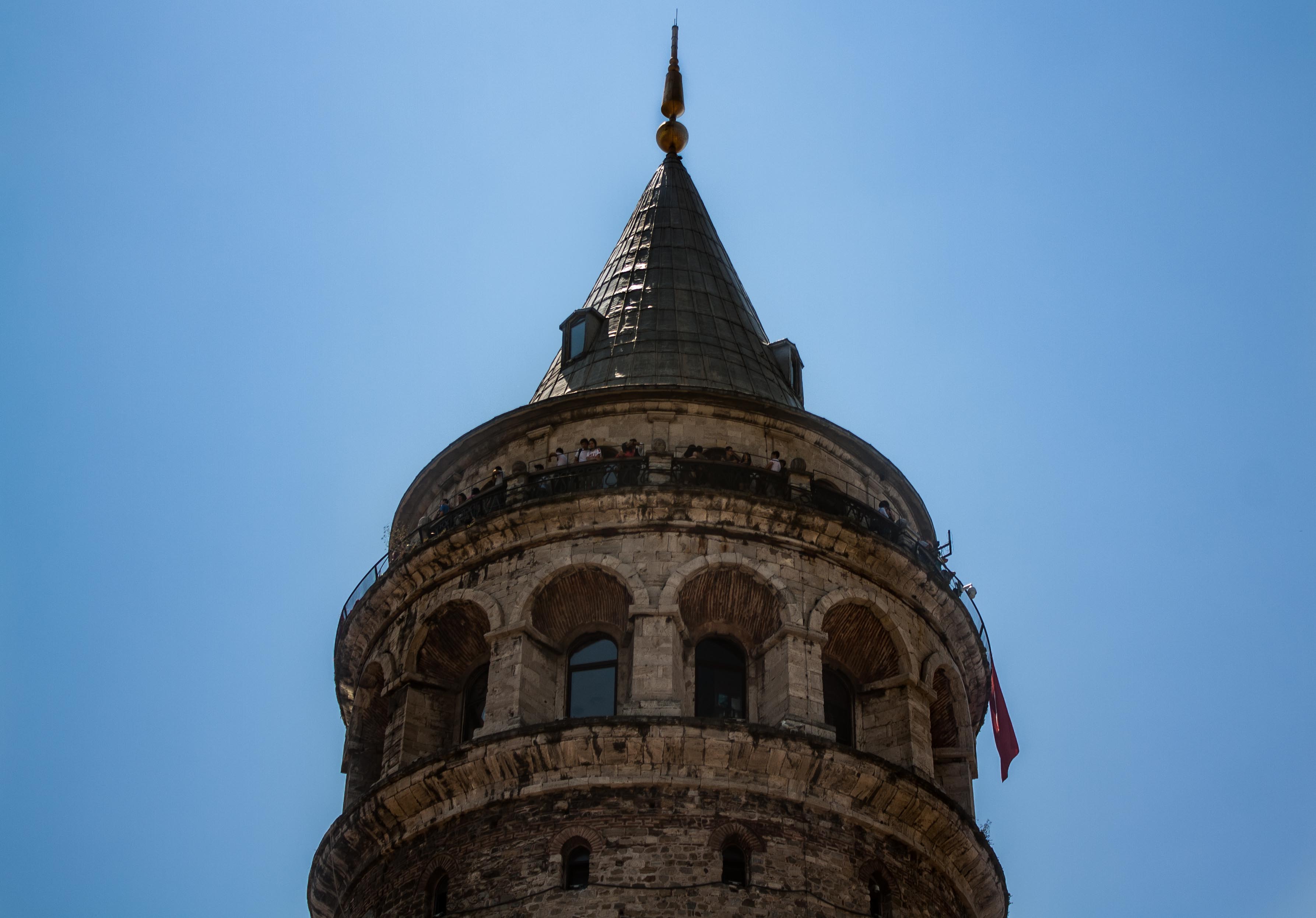 Without a doubt you will have beautiful panoramic views of the city.

It is the street where all the stores for shopping are located. There are several streets and it ends very close to the Galata tower, so this can be covered the same day. It ends in Taksim Square. 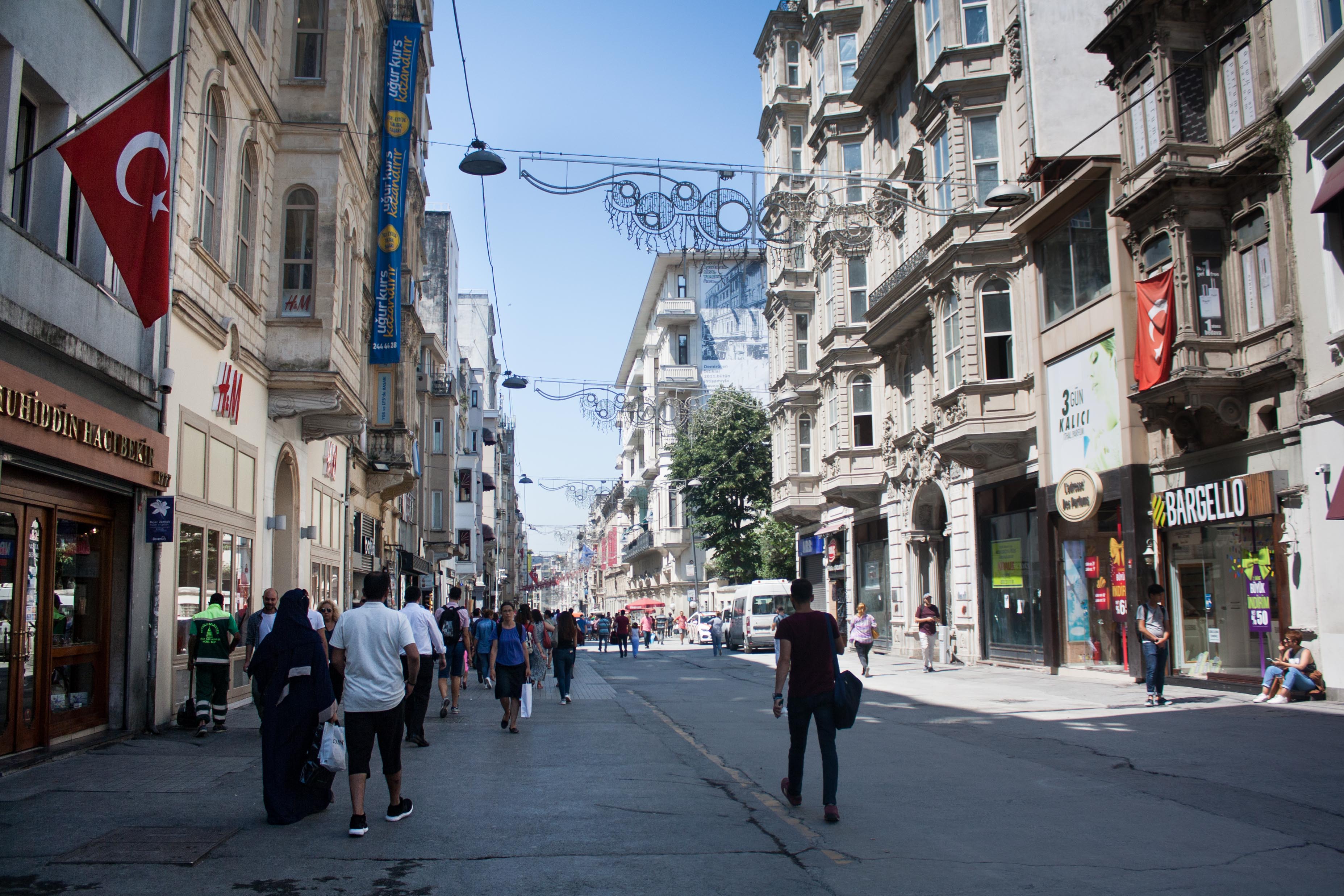 There is a lot to talk about this Mosque, but I will start with the practical data. It’s in the old side of the city, Sultanahmet. Surrounded by the park and faced with Hagia Sophia. 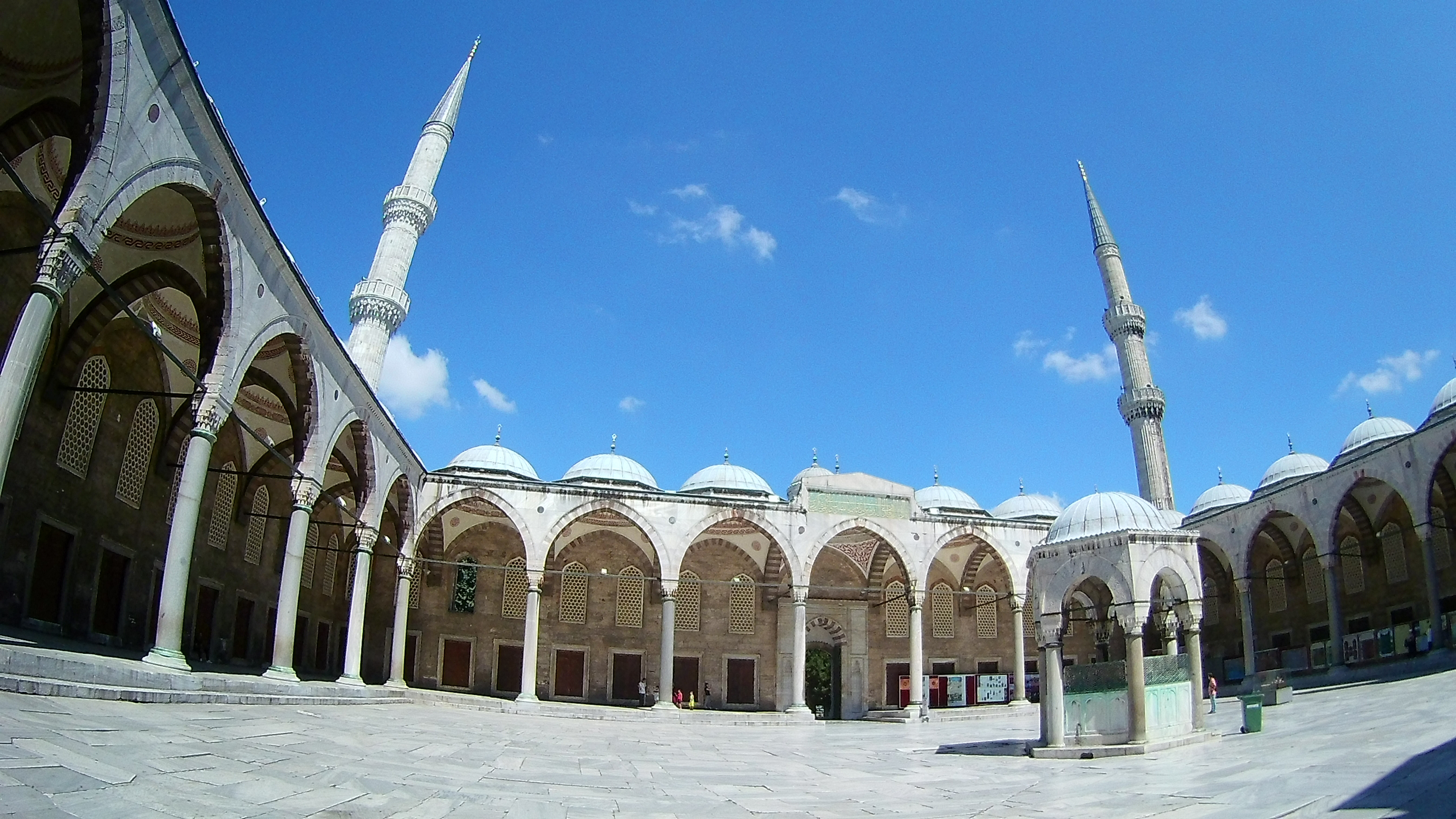 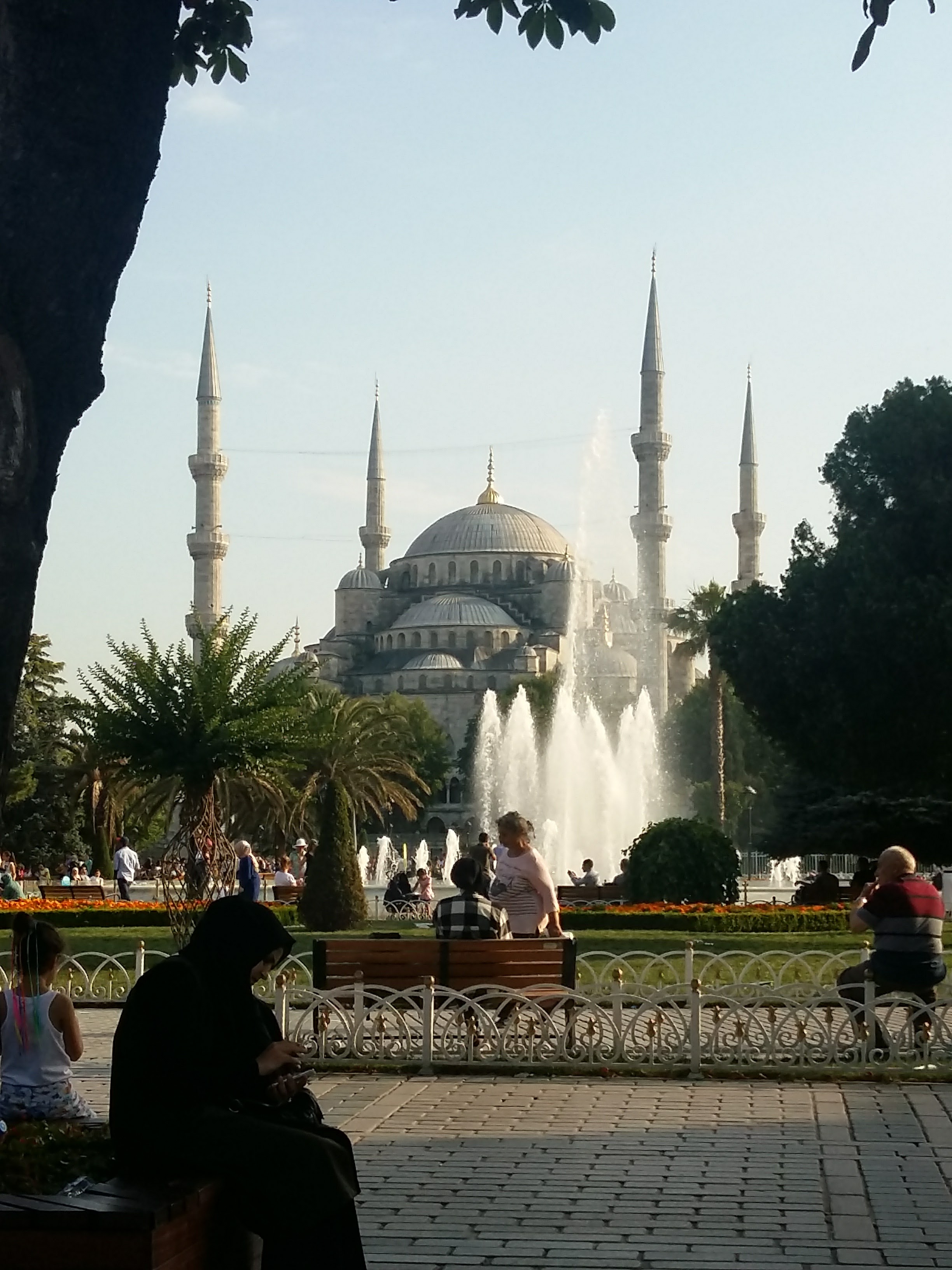 The dress code, as in all mosques, is strict. If you don’t have the right clothes, you can get them for free there. You have to be very respectful with these matters.

Women should have their hair, shoulders and legs covered.
Men must wear covered legs.
Everyone must enter barefoot. 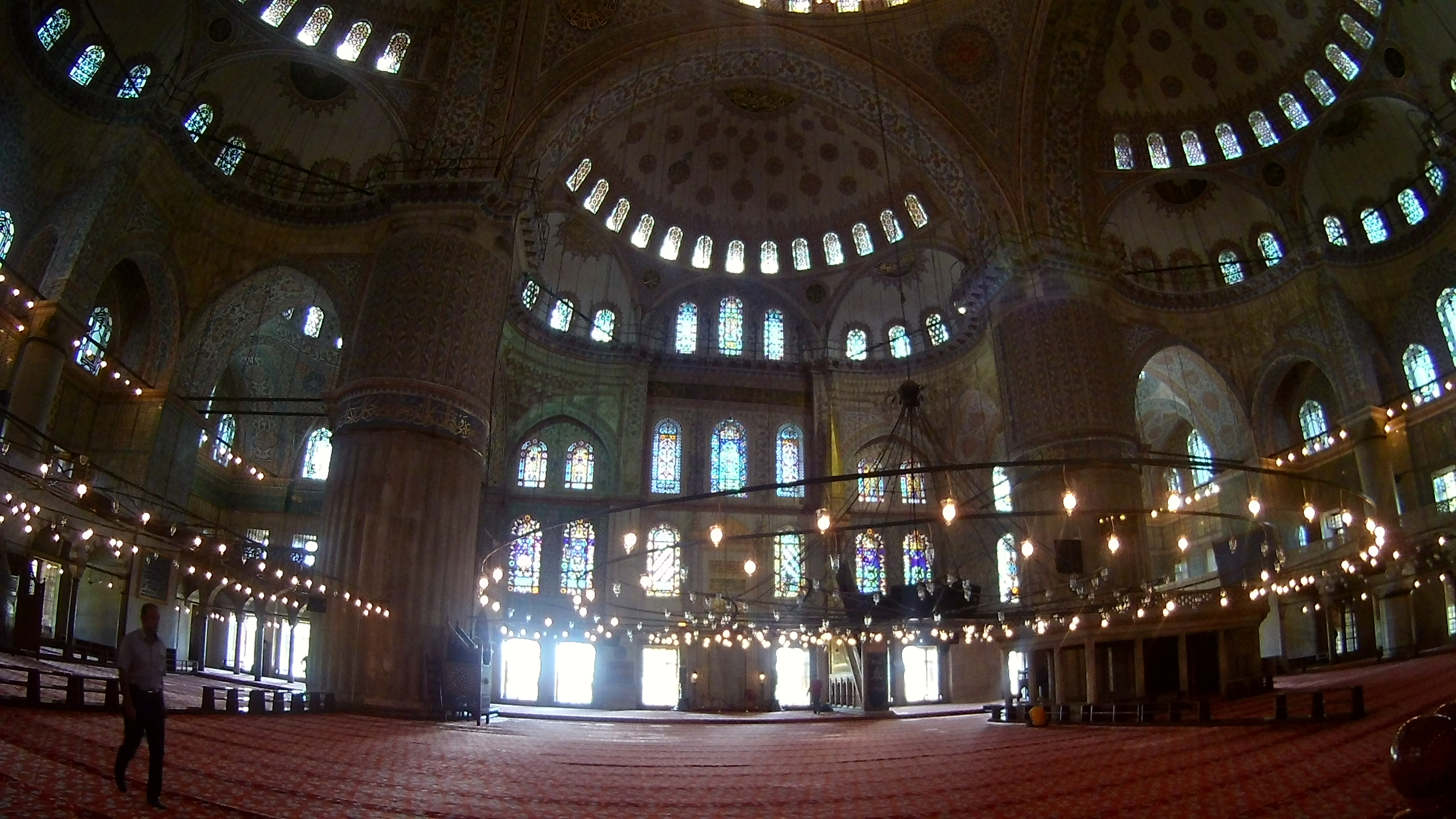 In Turkish “Ayasofya”. Originally it was an Orthodox basilica, later a Mosque and today it’s a museum. 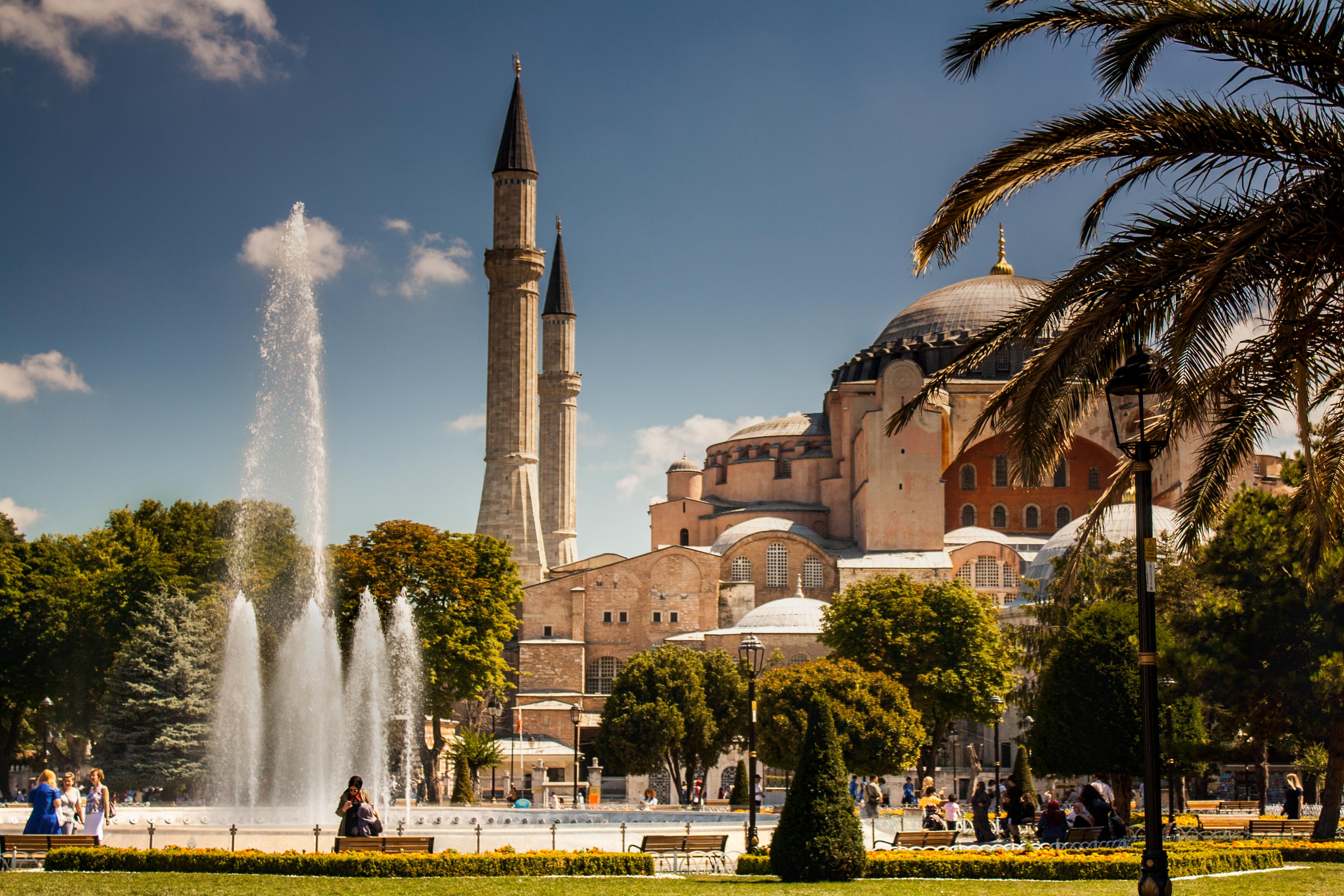 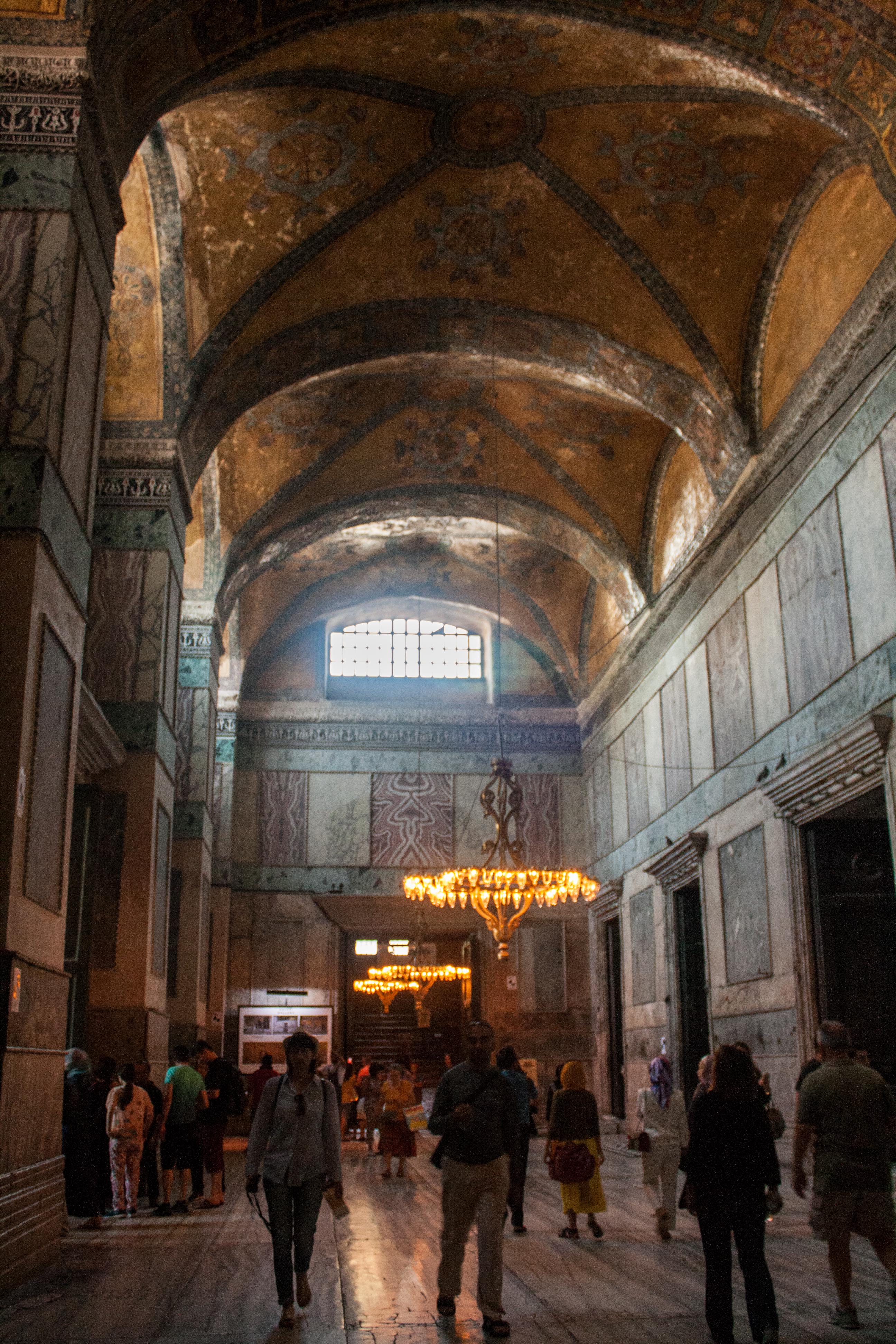 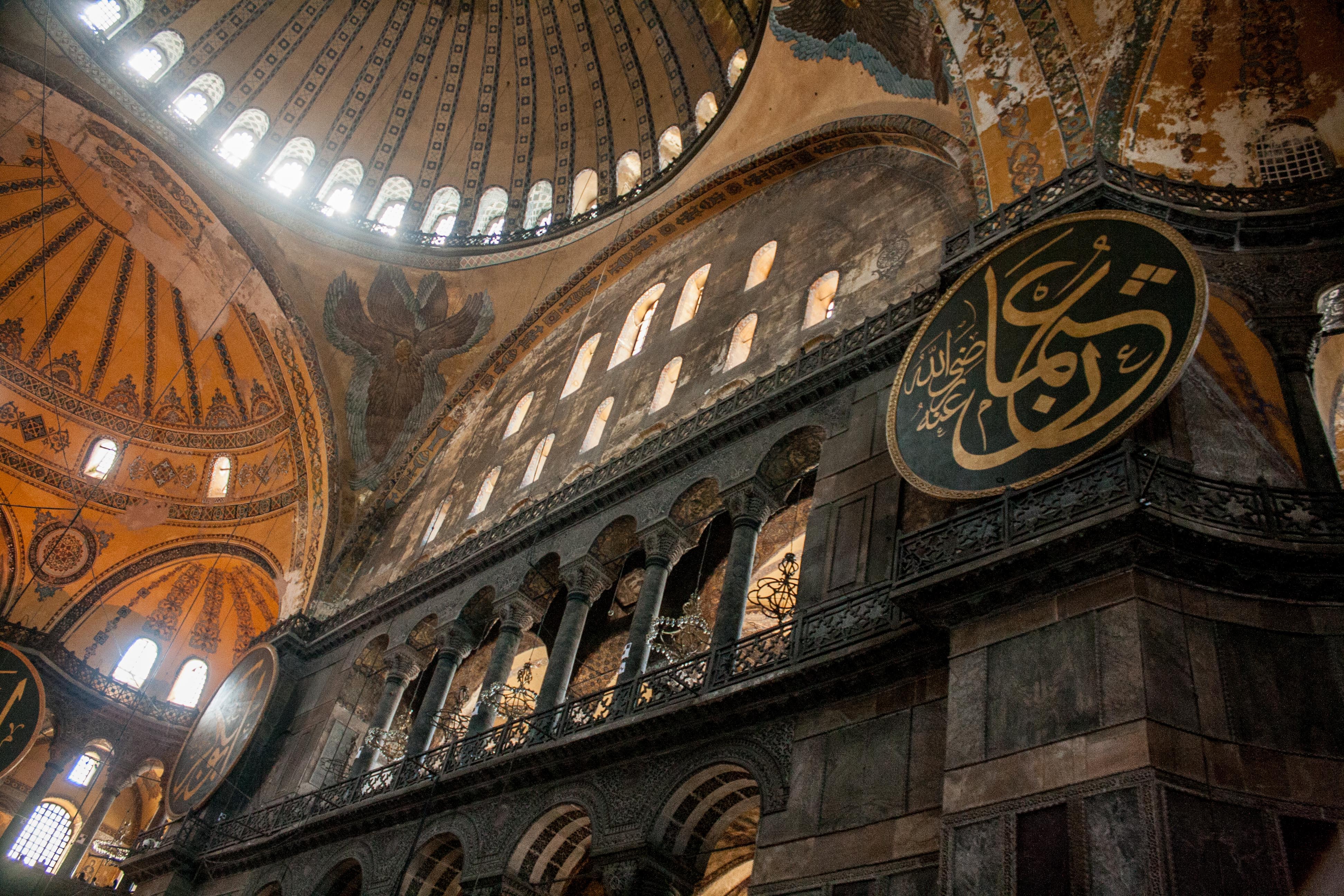 I’s a different visit, but inevitable. You’ll be able to walk the entire interior through some walkways, and admire the columns that were reused from monuments and structures that no longer exist, so they’re very varied. The best known: Medusa’s head

The ticket price is 20 Liras 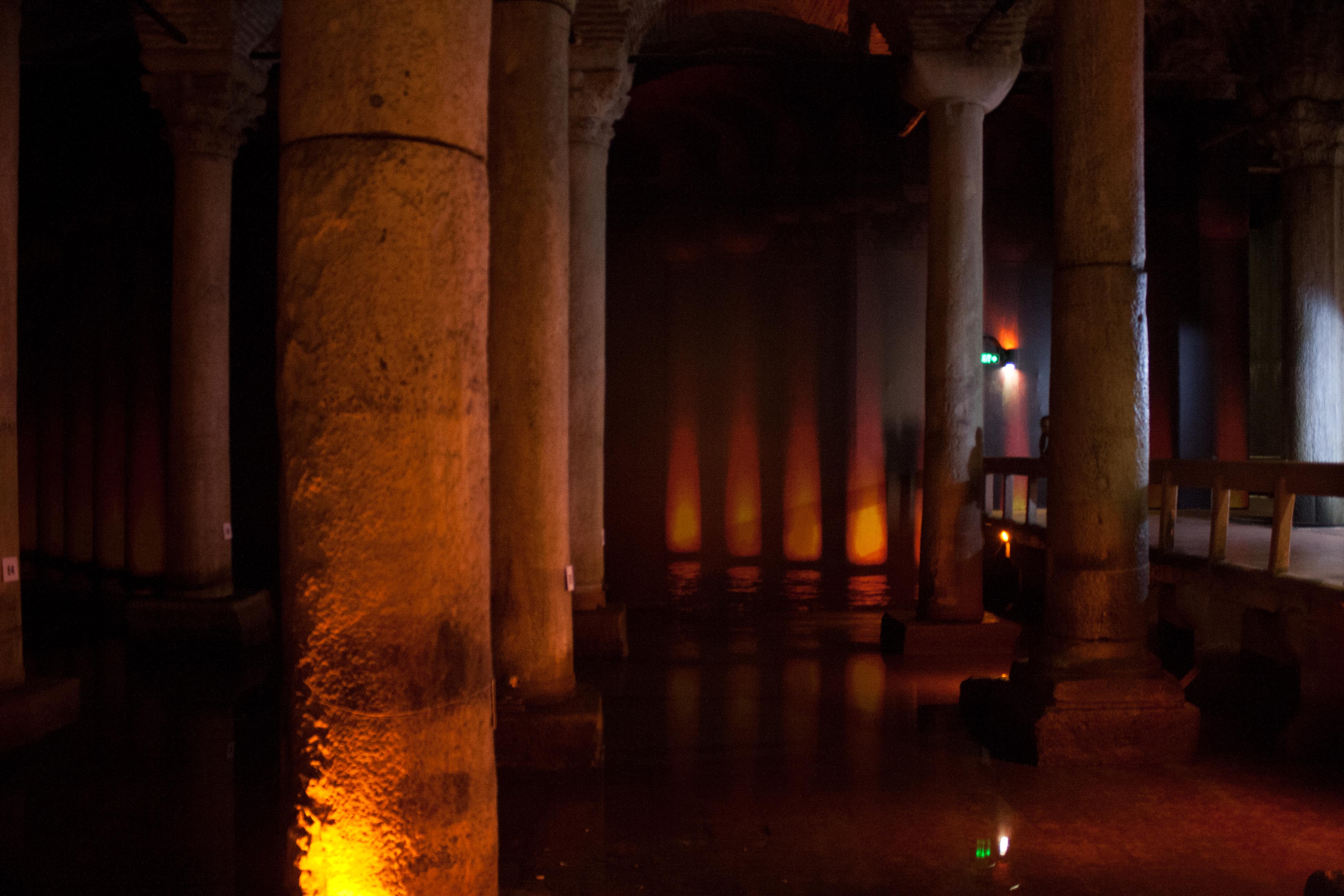 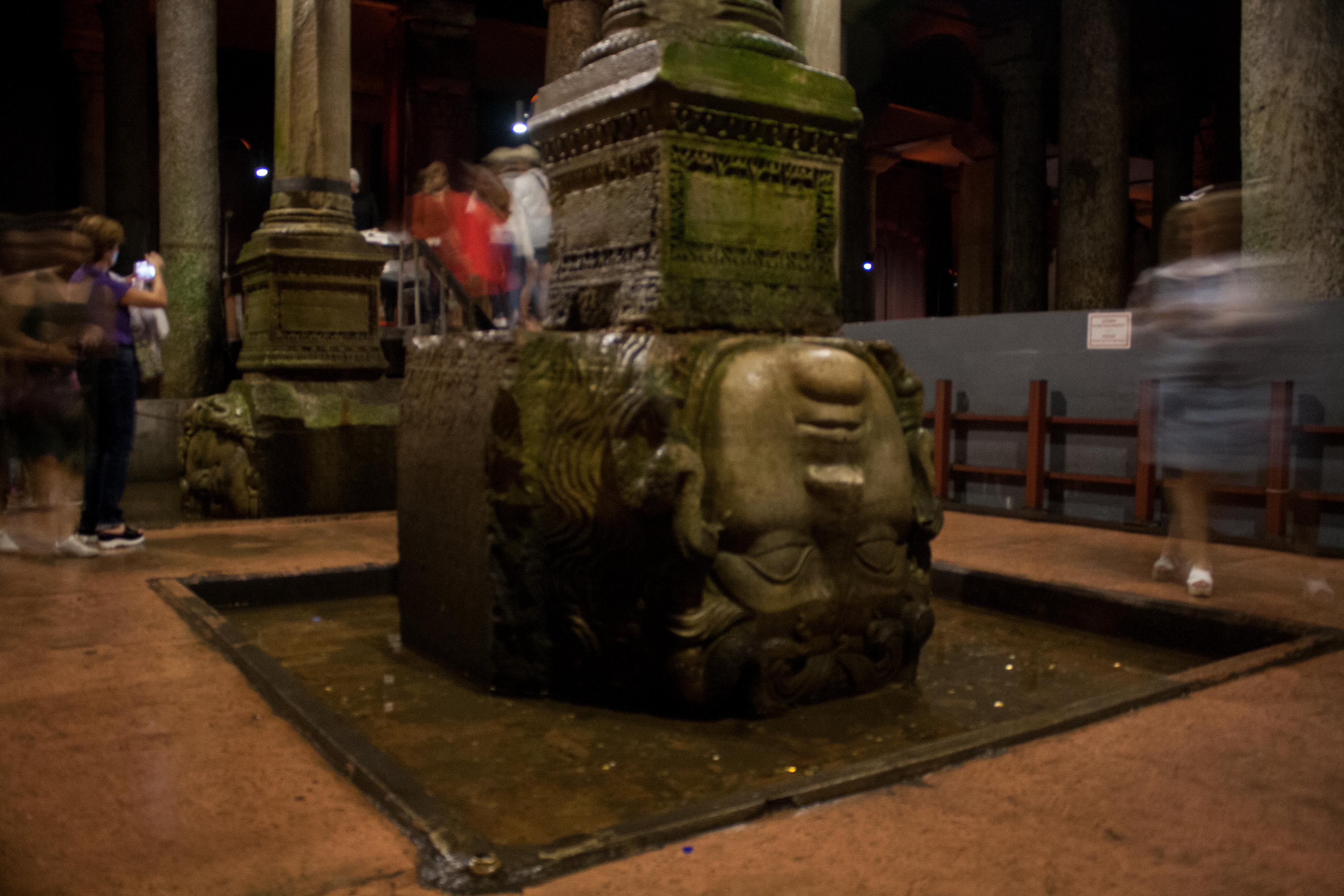 The main entrance is at the back of Hagia Sofia, so everything is very close to explore on foot. 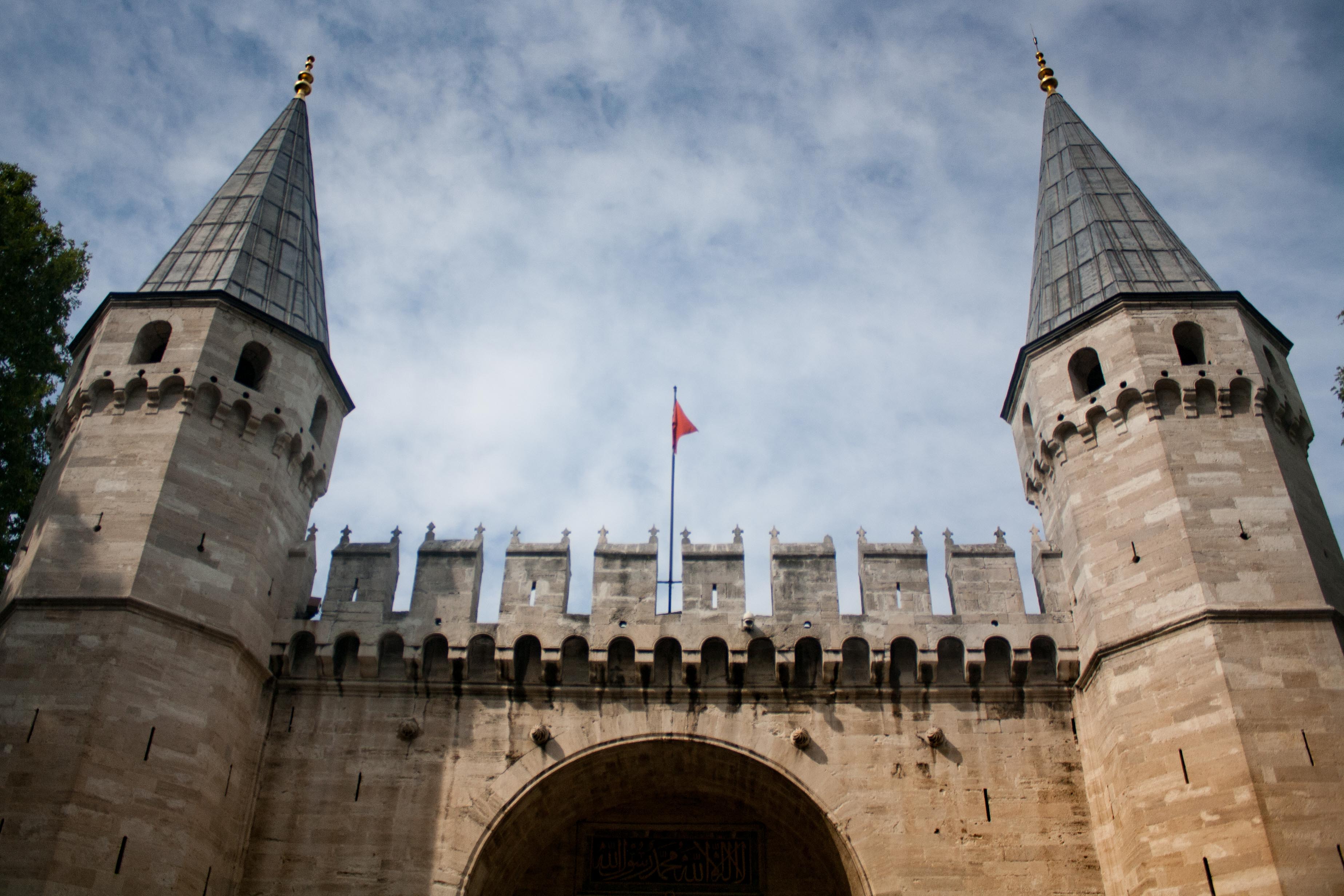 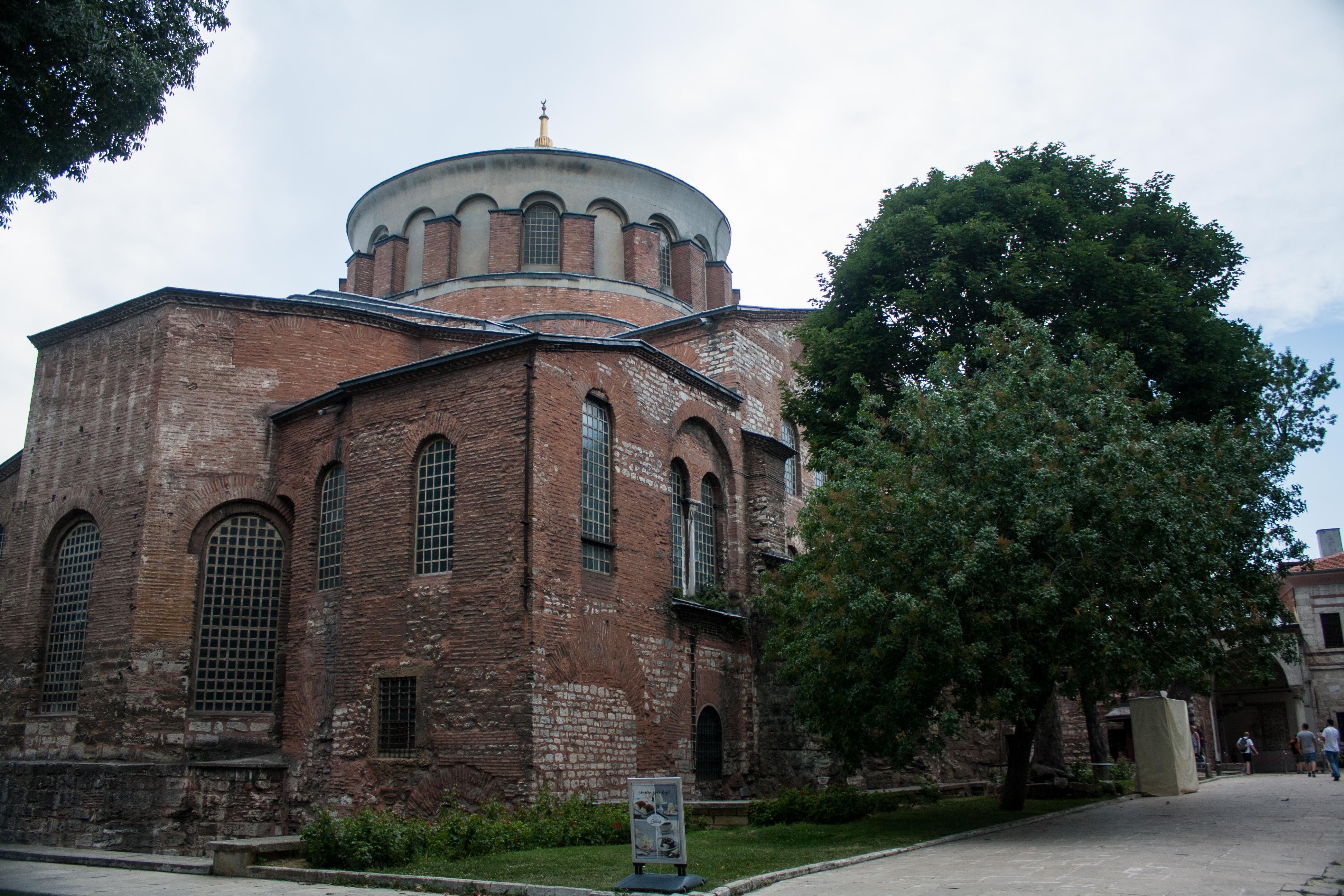 This is a must visit to better understand what the imperial era left with Constantinople in this place, as the seat of the Ottoman Empire.

Among all that can be visited in the Palace, the Treasury sector is the most important, where you can see some of the most valuable objects in the world. 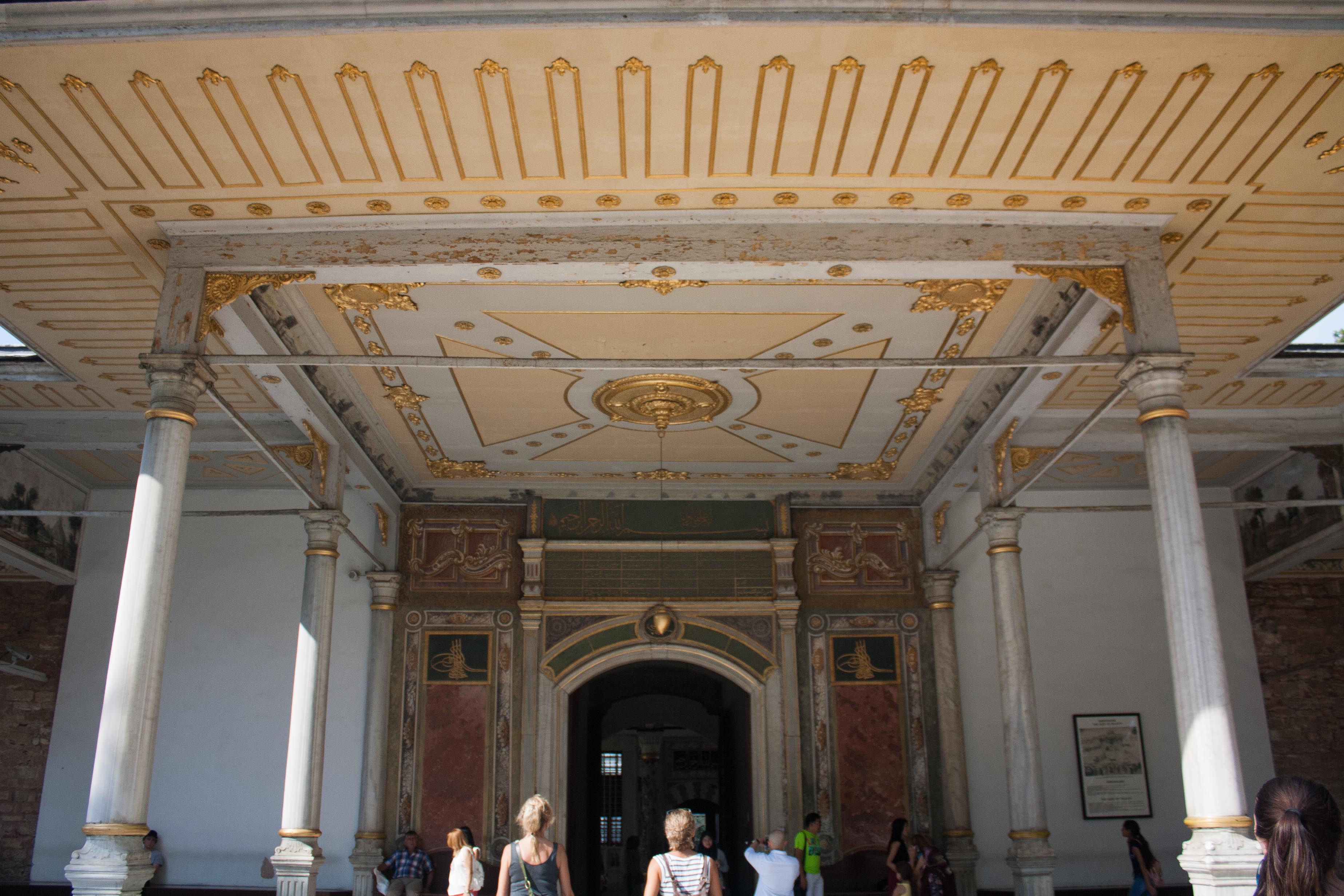 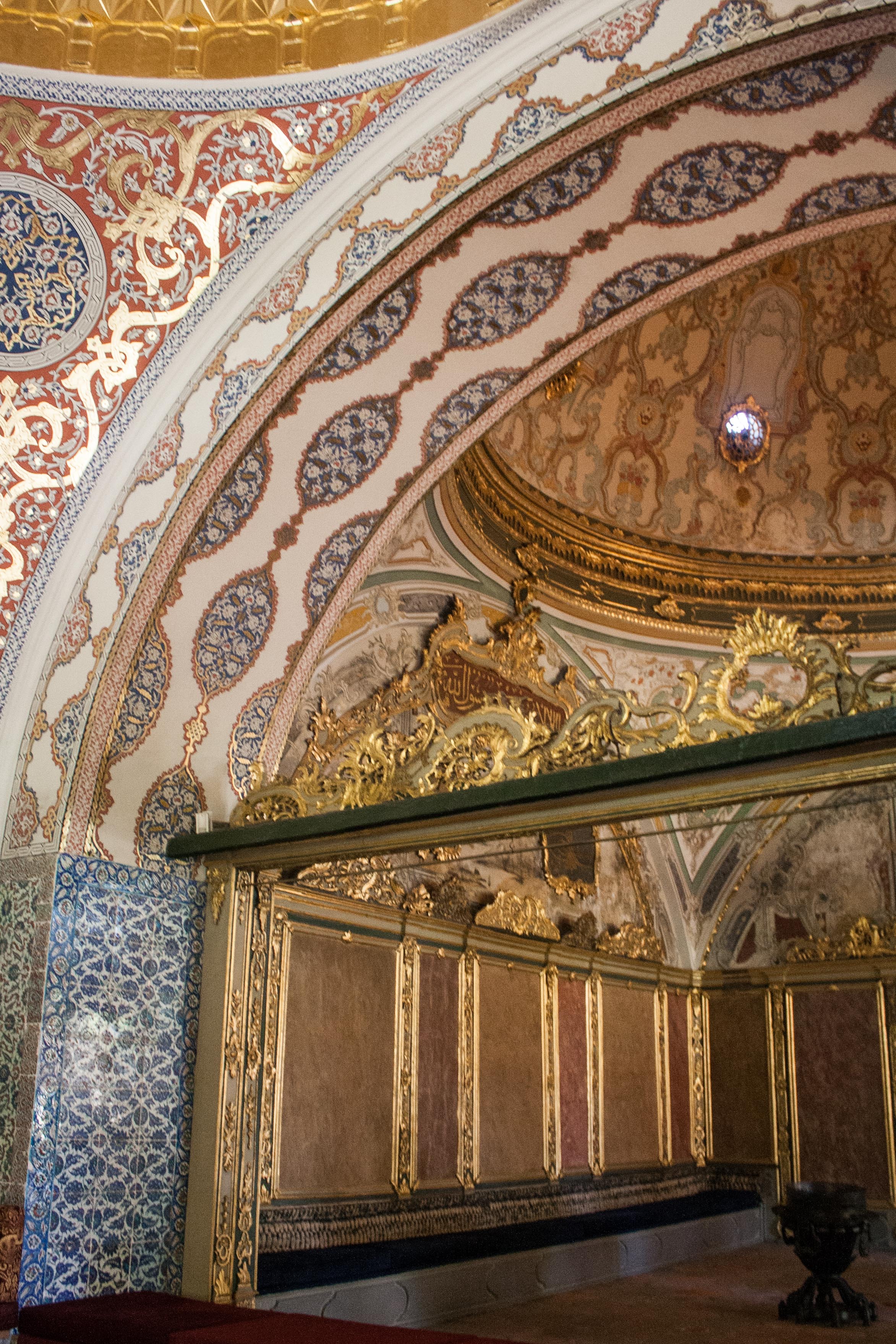 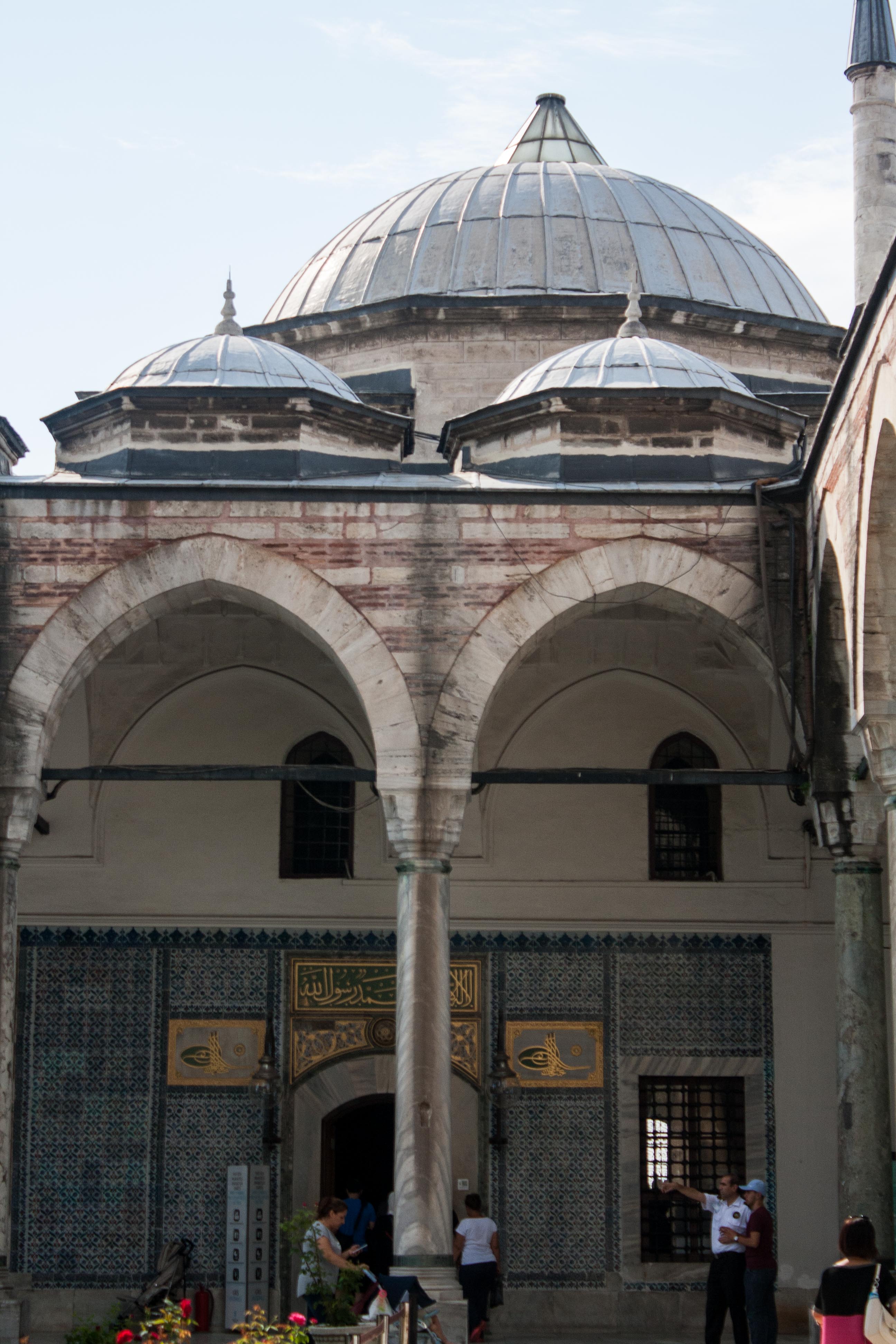 At the end of the visit to the palace, you can spend some time in the Gülhane Park, it’s the oldest park in Istanbul, located at the entrance of the Palace.

I think it’s one of the first things it comes up to my mind when mentioning Istanbul. It´s one of the largest (and most beautiful) markets in the world. It’s located west of the Blue Mosque, about a 10 minute walk.

It’s an endless maze (imagine: you have 22 doors to enter) of stores and people who speak in all languages ??to sell something. At first, out of kindness, you respond to everyone, after a while you’ll become deaf. 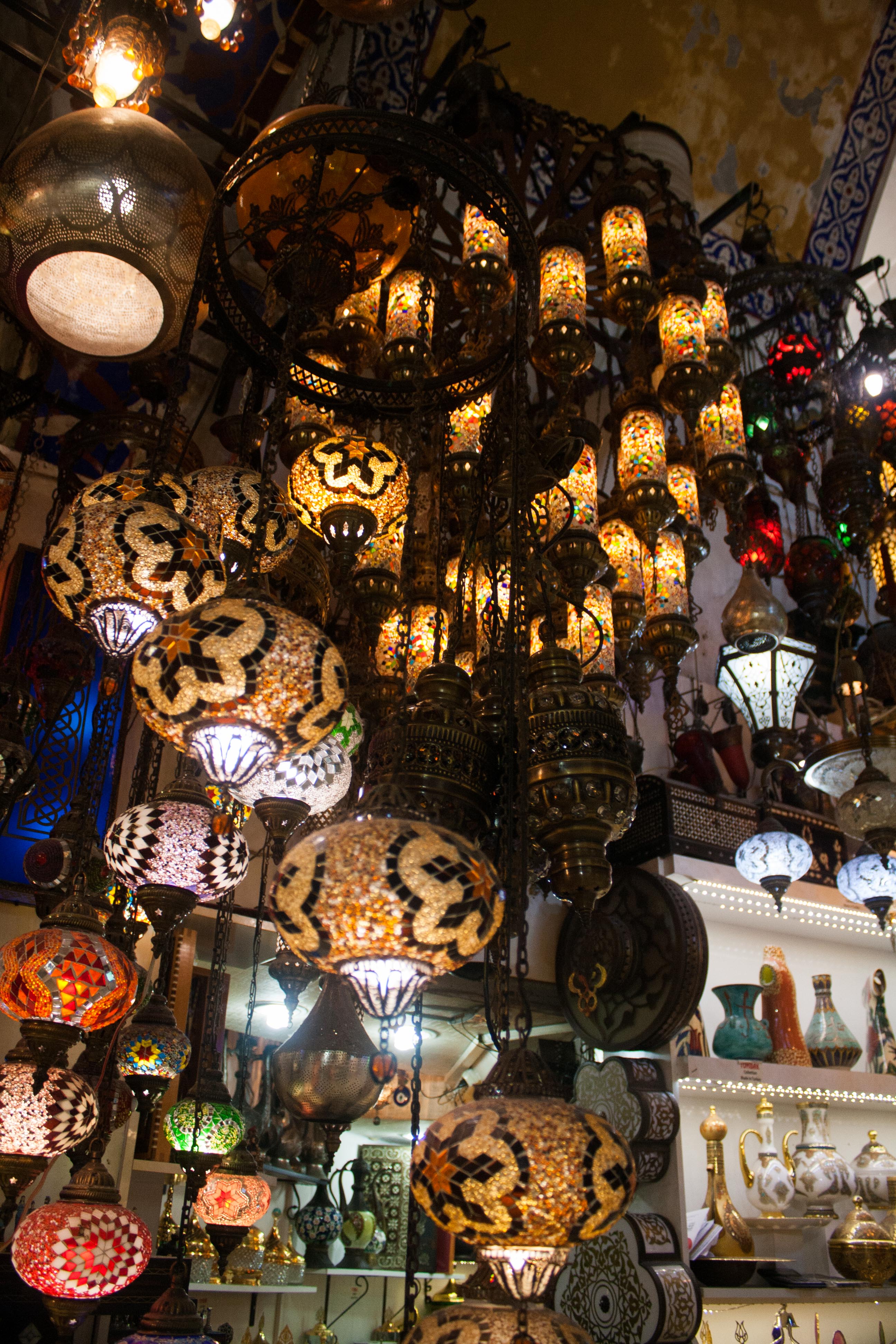 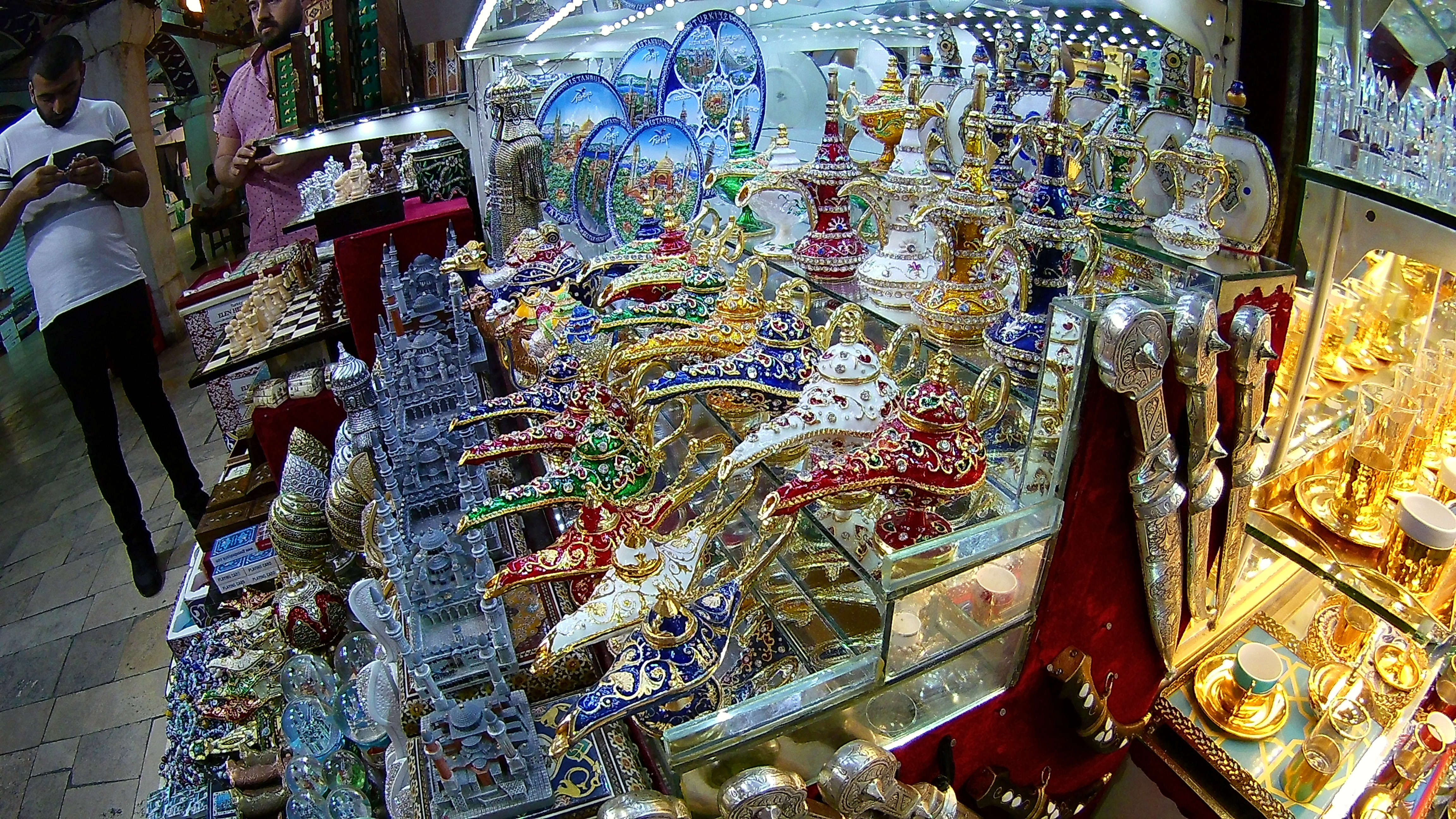 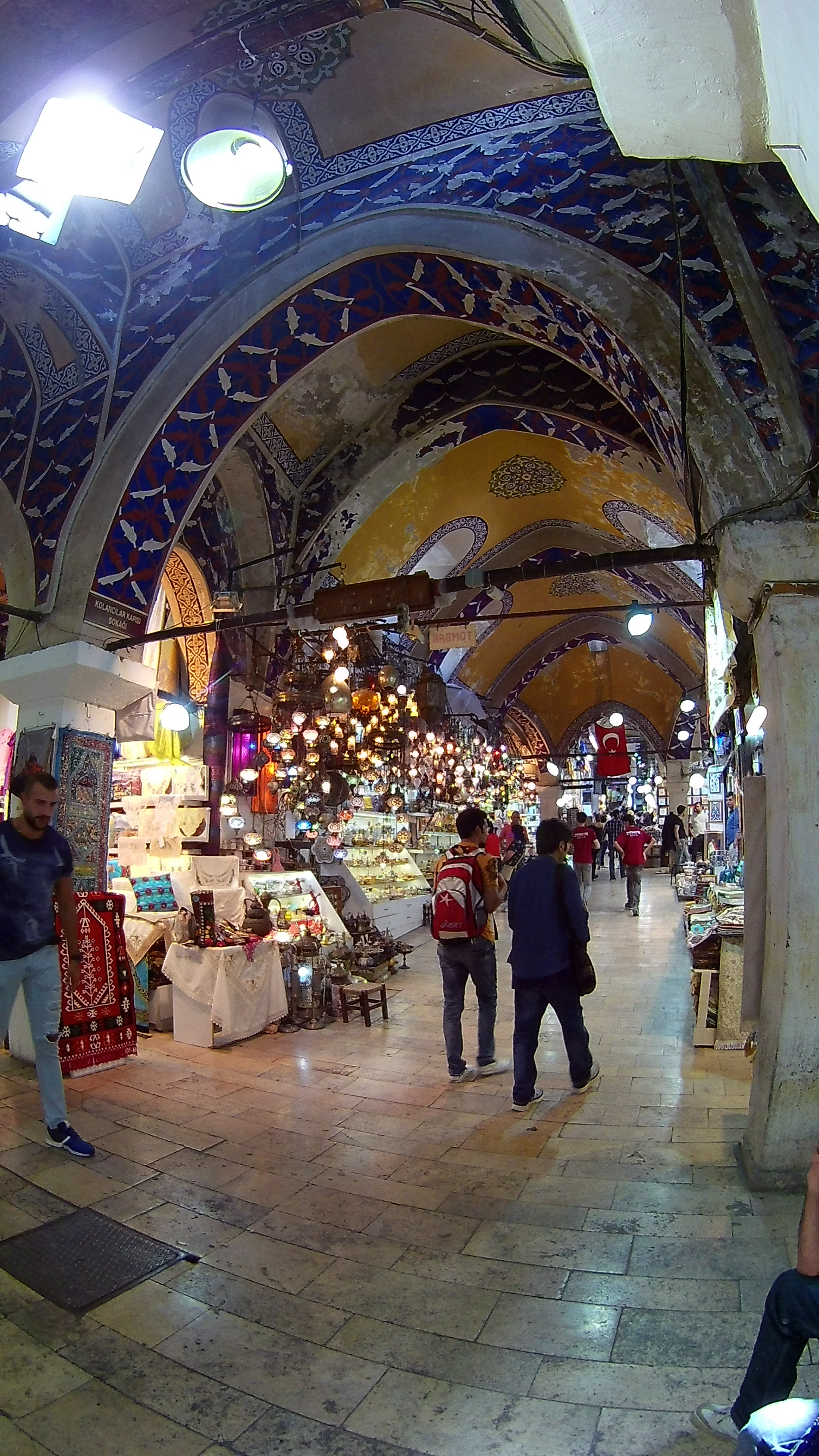 Haggling is the official way to buy, it’s almost mandatory, although we realized that in many places they’re very rigid with their prices and don’t move from there.

This beautiful bazaar was the center of distribution throughout Europe, and was the end of the Silk Road from Egypt.

Very close to the Grand Bazaar and a few meters from the Galata Bridge, we find the Spice Bazaar. Here you can buy sweets, nuts, spices. I opted for a pre-assembled box with about 16 spices and a beautiful and typical ornate grinder.

This is something that we had to do (and without complaining at all) to get to the Be?ikta? neighborhood. Passing through Üsküdar, on the Asian side of Istanbul, and while navigating we saw the tower of the princess (Kiz Kulesi).

Beyond using the ferry as our primary form of transportation, we also took a mini-cruise tour, enjoying the sunset and Turkish music playing in the background. It offers this service at all Ferry stations, but even more at Eminönü station. 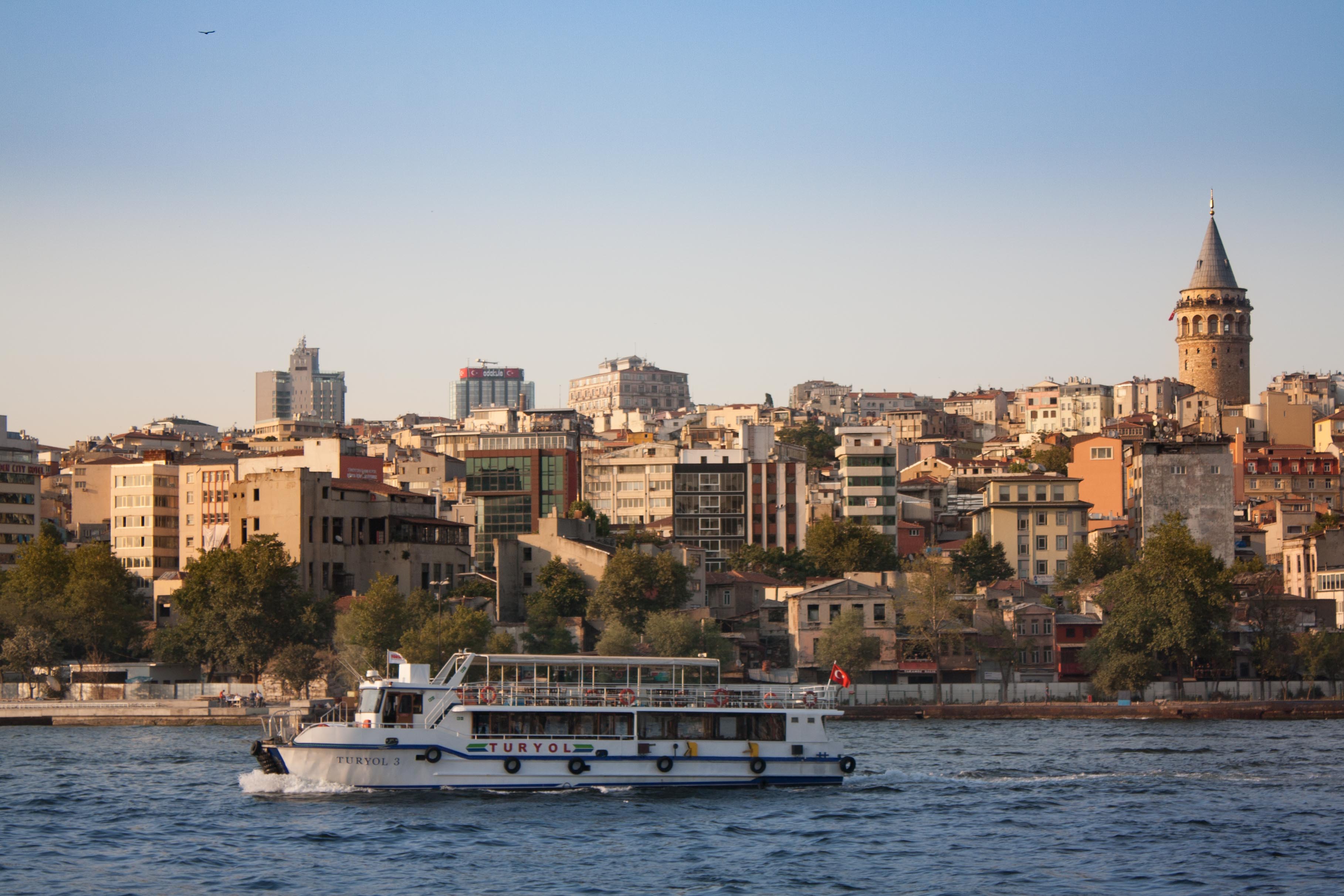 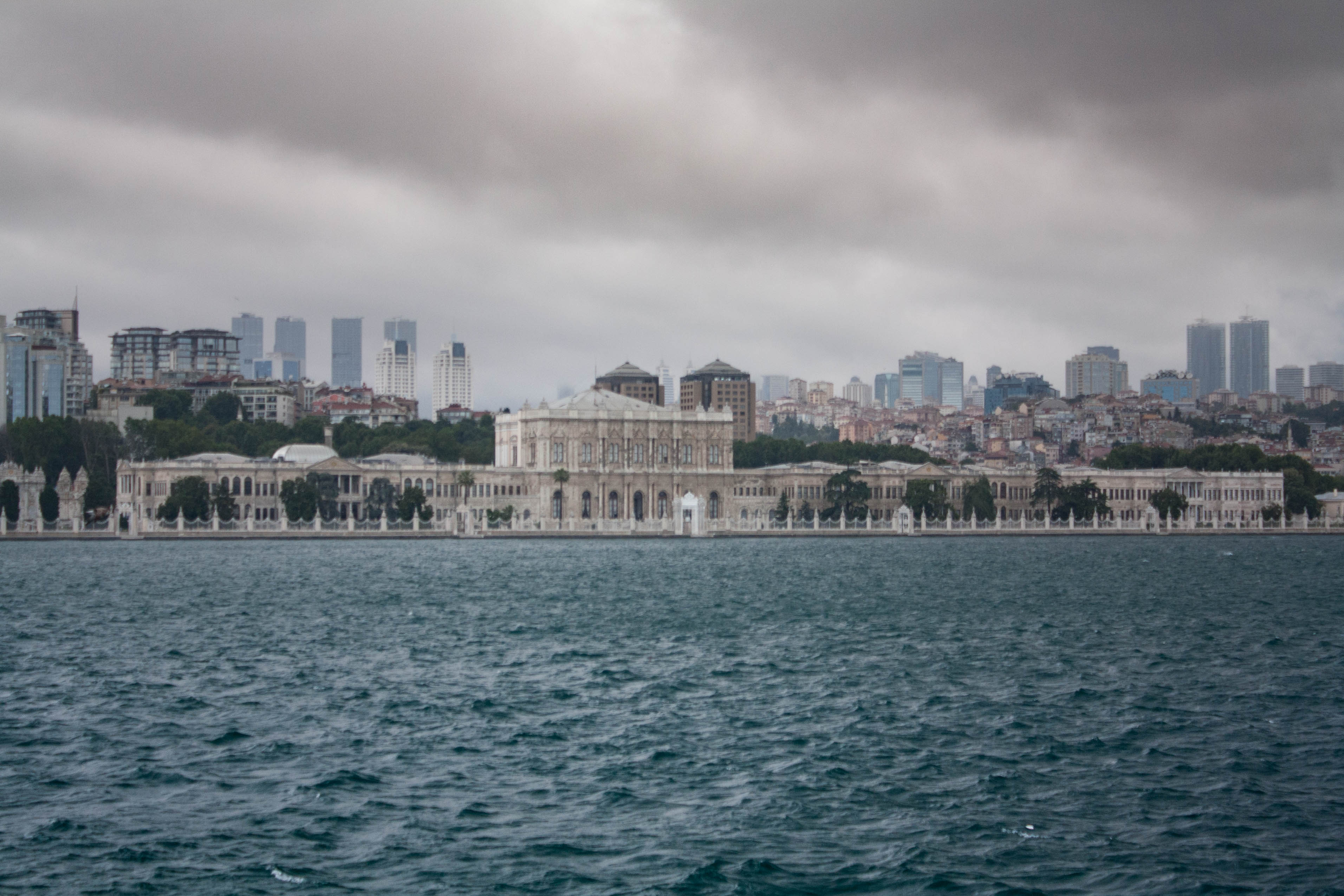 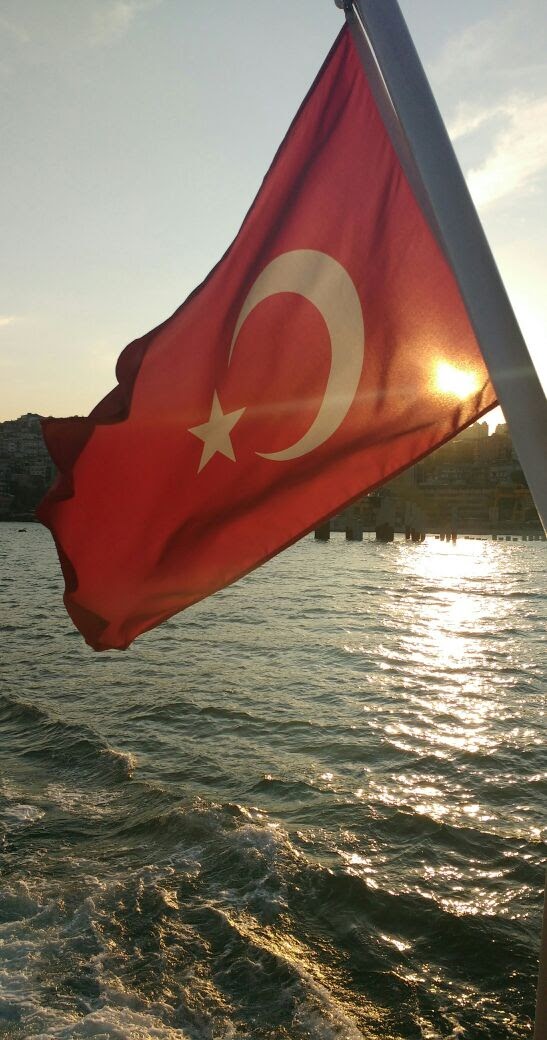 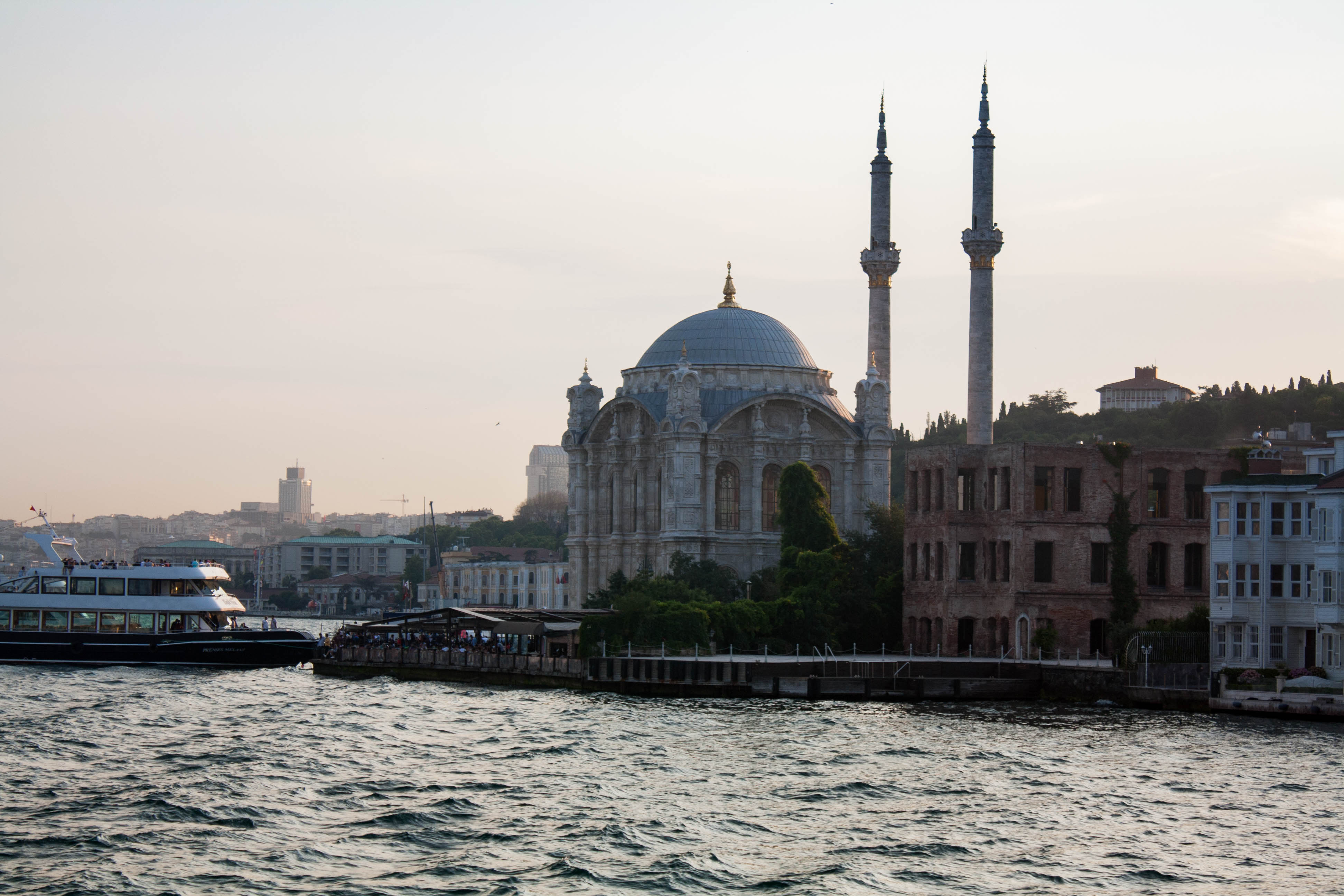 We decided to go to a hostel. The priority was the price and proximity to public transport. After much searching, we decided on Puffin Hostel Istanbul. It’s located in the Be?ikta? neighborhood, crossing the Golden Horn, north of Sultanahmet.

The Be?ikta? area is very good, surrounded by bars and restaurants that are open until dawn. And as everywhere, we were greeted with their traditional tea in those typical glass cups. 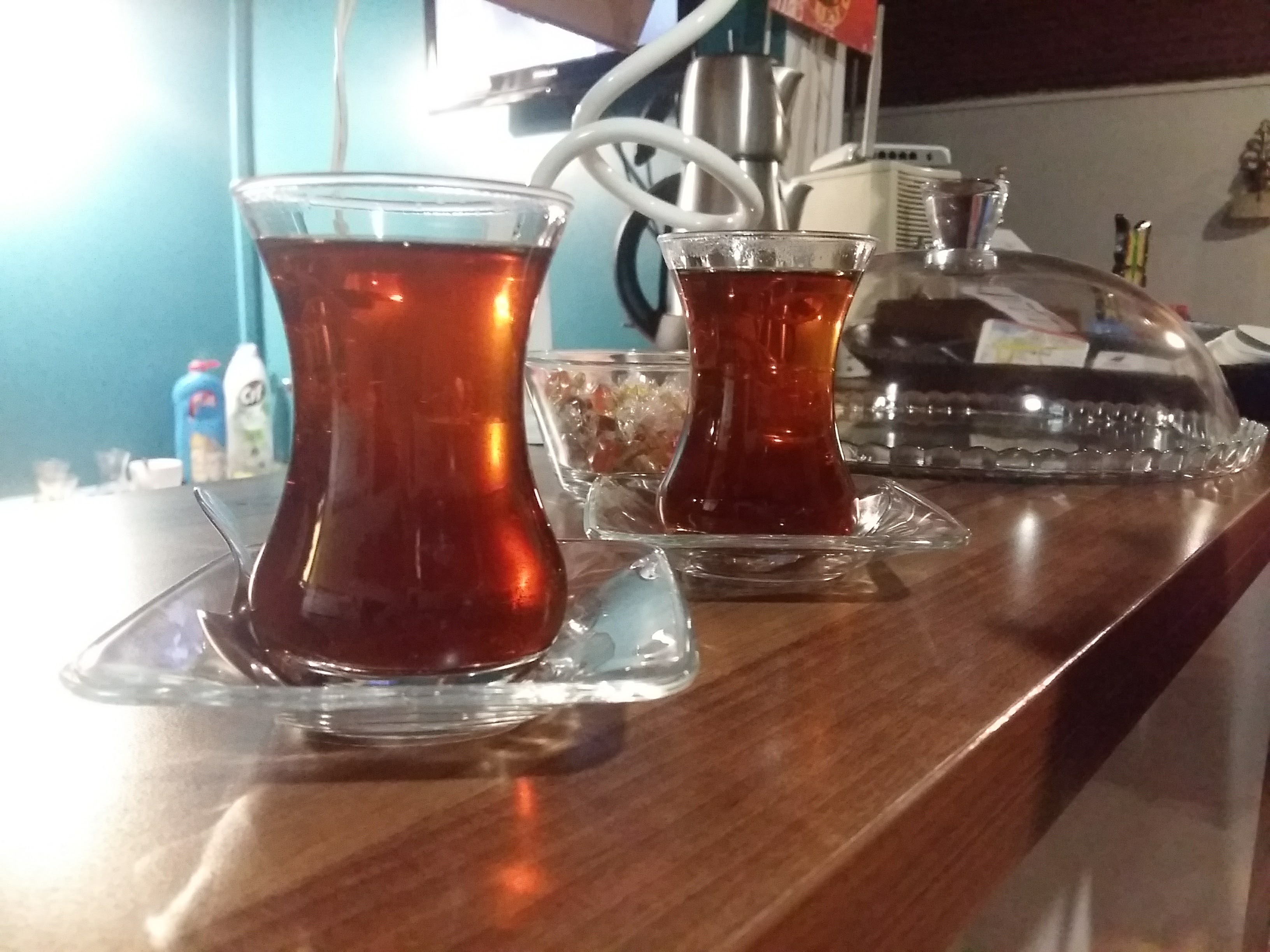 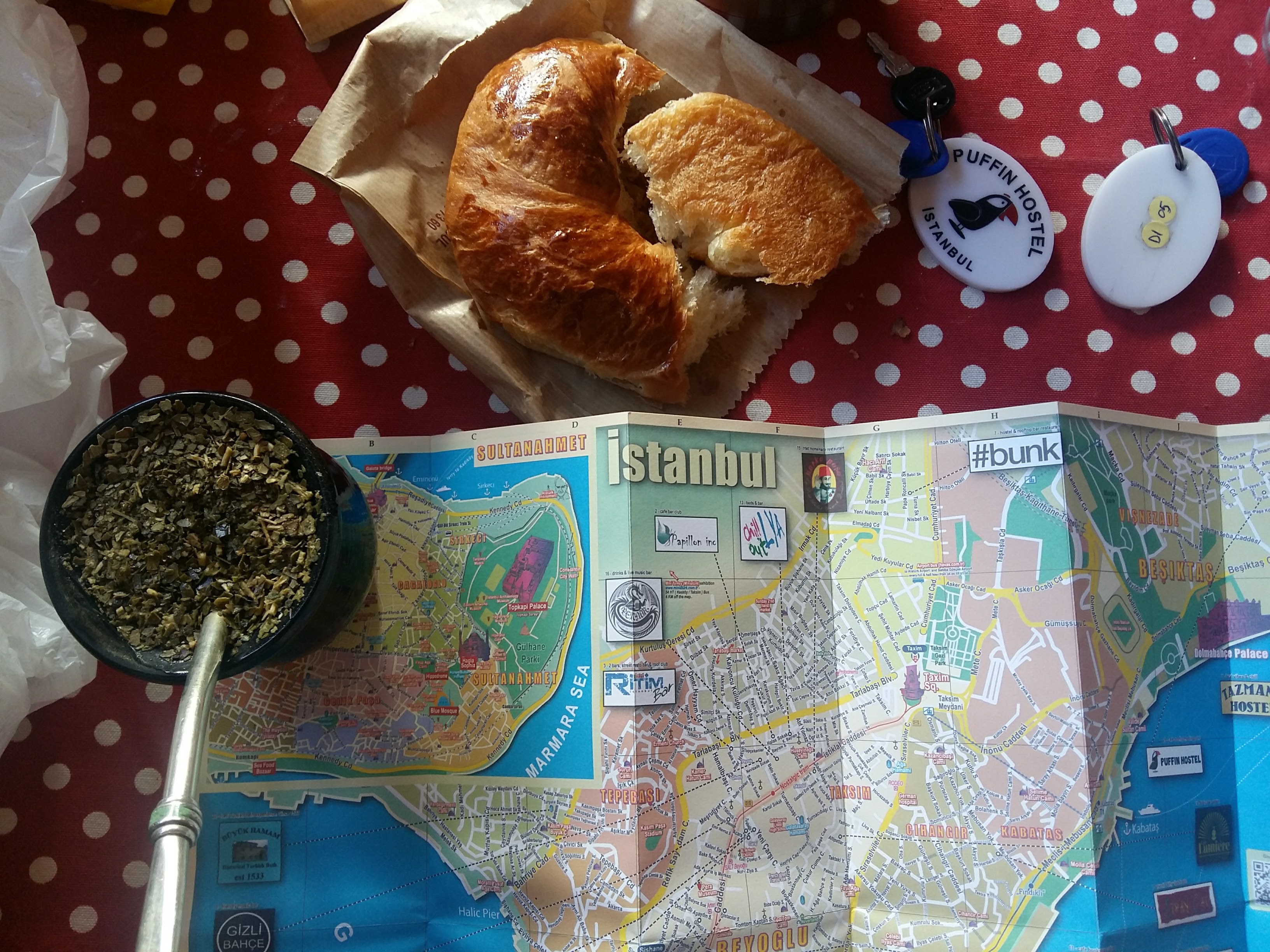 Since April 2019, Istanbul International Airport (Tayakad?n) has replaced the previous one, Atatürk.

To get to the city center, the options are as follows:

Public transportation works really good. I recommend buying the Istanbulkart at any newsstand or subway station. You can use it for the subway, bus, ferry, tram and train. It’s very cheap and you can recharge it money in any station.

If you take a taxi, you must tell the driver how much money you have to get to the destination, and not accept that they overcharge you. A journey of about 30 minutes should not be worth more than 20 liras.

8 thoughts on “Istanbul in 4 days / English”